This recipe resulted in a flavorful braised beef. It's quite simple to make although it takes nearly 2 hours to cook. The recipe is from "Culinária Portuguesa". As for the garlic and parsley butter, it's a family recipe and it's incredibly good. In potatoes, on top of a steak, it doesn't matter. It's just good. 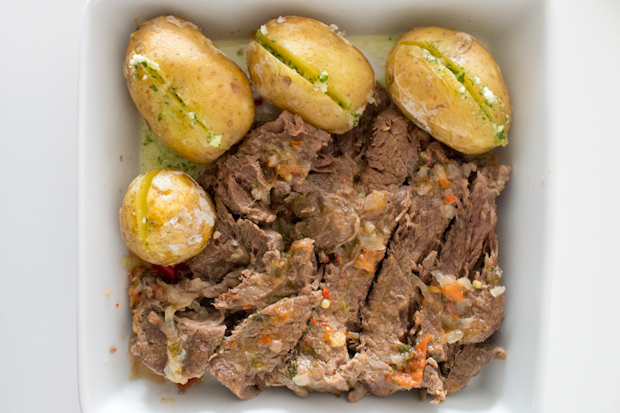 For the Braised Beef:

For the Garlic Butter Potatoes:

Start by larding the beef with bits of bacon. I don’t have a larding needle, and as such, I made small cuts on the beef and pushed the bits of bacon in. In a big pot place the onions and the olive oil. Punch the garlic cloves, de-seed the red peppers, slice them in four and place them in the pot. De-seed the tomatoes, slice them in four and place them in the pot too. Chop the parsley and add it to the pot. Add the bay leaf and place the beef on top. Season with salt and pepper, and add the white wine and the vinegar. Cover the pot and cook for 1h45 to 2h or until the beef is done and the sauce no longer tastes like wine. 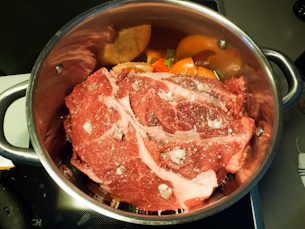 As for the potatoes, bake in the oven for 40 minutes at 200ºC (390ºF) or until they’re done. While they’re baking, if you have a food processor, place the garlic, the parsley and the butter in the bowl and process until everything is mixed. If you don’t have a food processor, finely chop the parsley, finely chop the garlic (or use a garlic press) and mix with softened butter. Place in the fridge until you’re ready to serve. 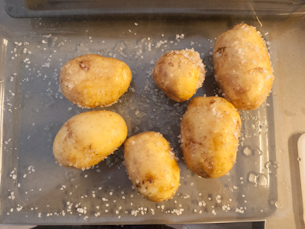 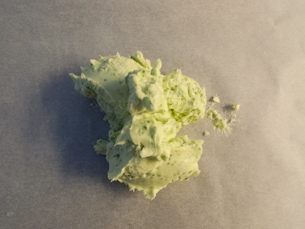 You can use the garlic butter later on top of a steak for instance. 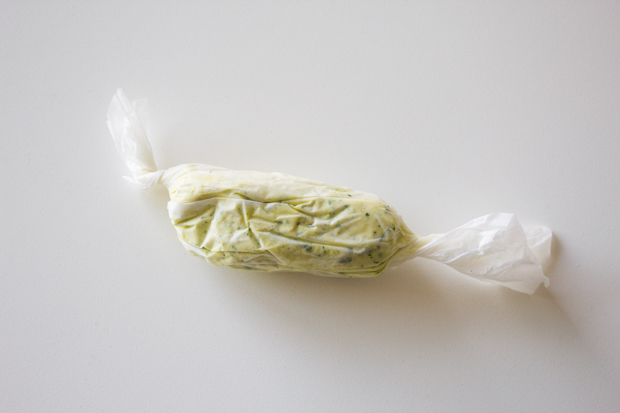 Slice the potatoes halfway through and place a teaspoon of butter inside the potato. And serve. 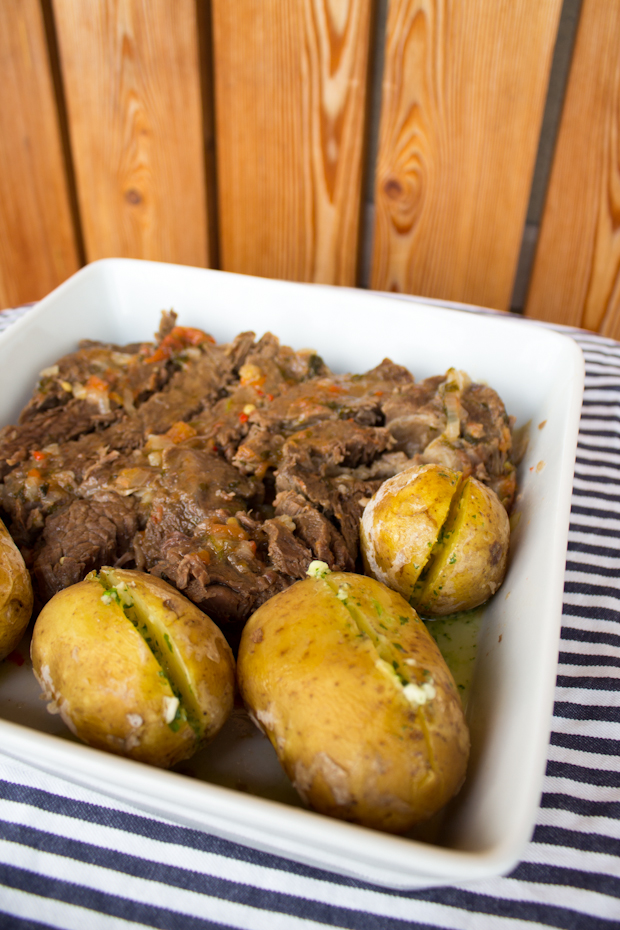