Chouriço Bread, or Pão com Chouriço as we call it, is a treat you can find in Portuguese markets and fairs. It's usually baked in a trailer with wood fired ovens. You can also find it year-round in supermarkets, cafes or, more specifically, in Lisbon at Merendeira. There are even places that serve not only chouriço bread, but dried codfish bread, black pudding bread and pork rind bread. Good stuff. The recipe for the bread dough can also be used for baking regular bread. 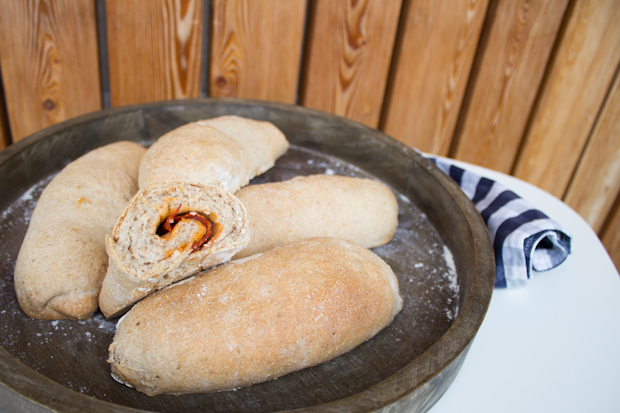 Start by dissolving the yeast and the salt in some of the water. Add some flour, so that the water and the yeast are absorbed. Continue adding flour and water until everything is mixed. Flour a clean surface and knead the dough until you have a silky and elastic dough (~5 minutes of kneading). (Note: I used a mixture of spelt and white flour and that is why my bread doesn’t look completely “white”. I just wanted to try it for no good reason. The real deal is with white flour only.) 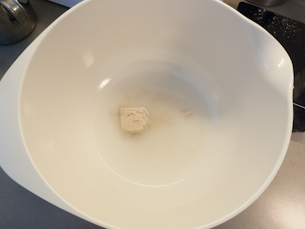 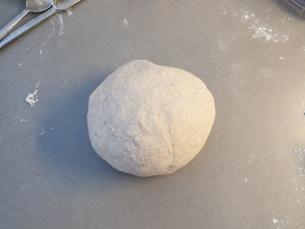 Place the dough in a bowl, cover the bowl with a kitchen towel and let rise for 30 minutes or until it has doubled in size. Once is has risen, it’s time to shape the bread. I divided the bread in 5 parts, but you can make the breads smaller if you wish. Flatten the bread with your hands or with a rolling a pin, until it is 1cm (0.5in) thick. Place two slices of chouriço on top of the dough and roll it. 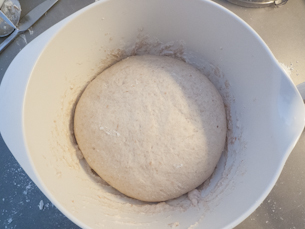 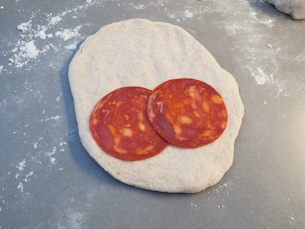 Place the breads on a floured baking tray, cover the tray and let it rise once again for 30-60 minutes (until it has doubled in size). 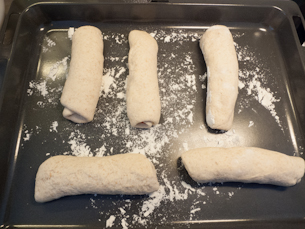 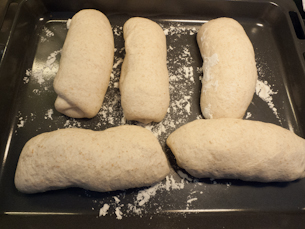 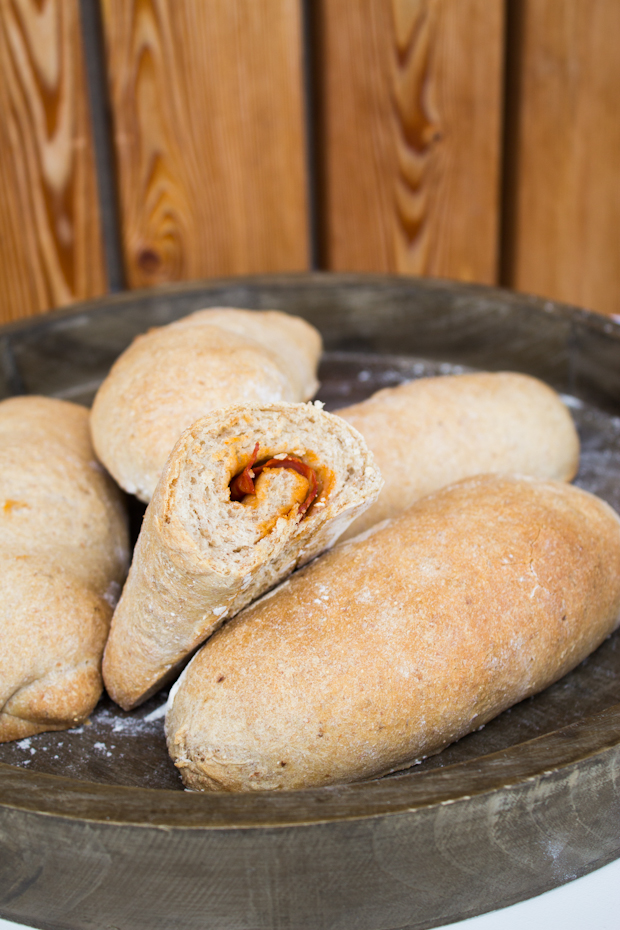