I've been wanting to try a Pastel de Nata recipe for years now. Pantagruel has two recipes, I tried them both and they were kind of bad... The taste was o.k. but the texture was nothing like the real deal. Who knows, maybe in the old days that's how they did it. Then I remembered that a aunt of mine used to bring a Portuguese egg tart (a whole tart) to my grandparents and thought that it might be worth a try. And it worked! The tarts were delicious. I wouldn't change a thing! Since I wasn't sure that this would work I didn't make puff pastry from scratch, but bought it at the store. So consider this the first part of my quest to find a good *Pastel de Nata* recipe. Needless to say that the pastry that I used wasn't the best. I do however have a recipe for puff pastry that I will try and share later. 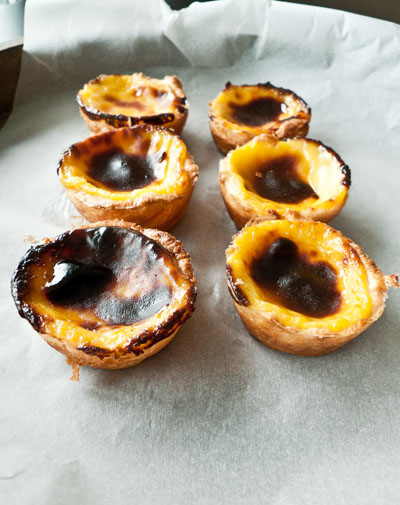 Start by making a roll with the puff pastry beginning on narrowest side. 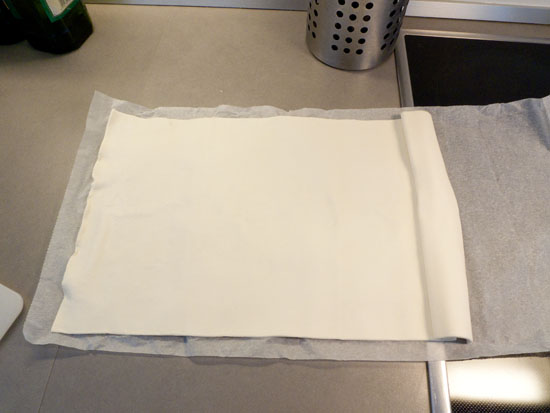 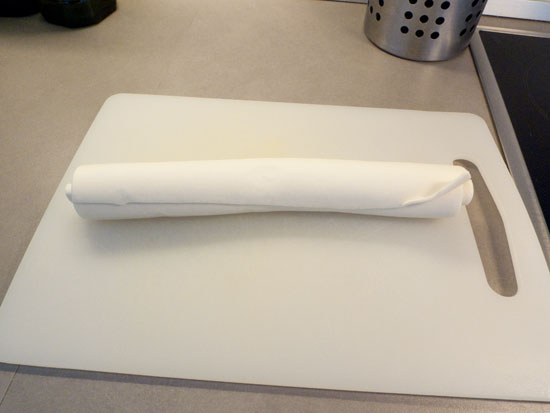 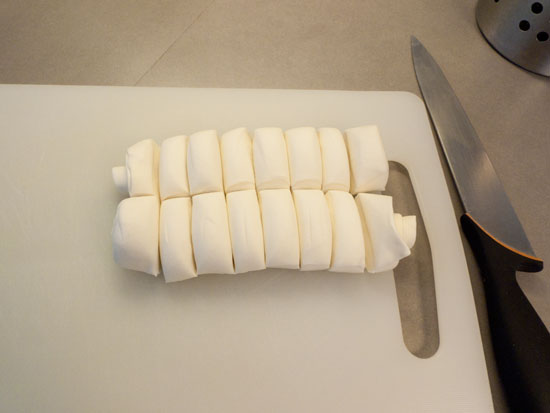 Place a piece of pastry in each cup. Wet your fingers and push the pastry with your thumbs so that it forms a cup. Make sure to leave the bottom a lot thinner than the sides. 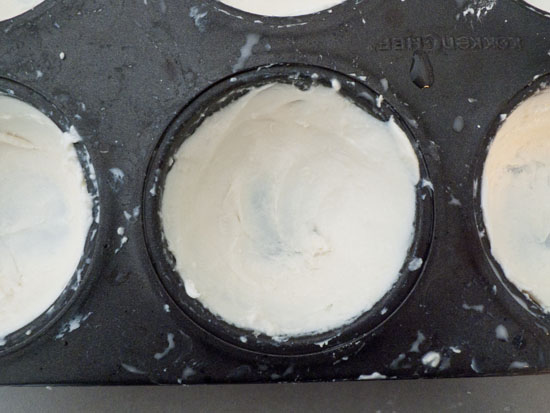 Now for the filling: mix all the ingredients. 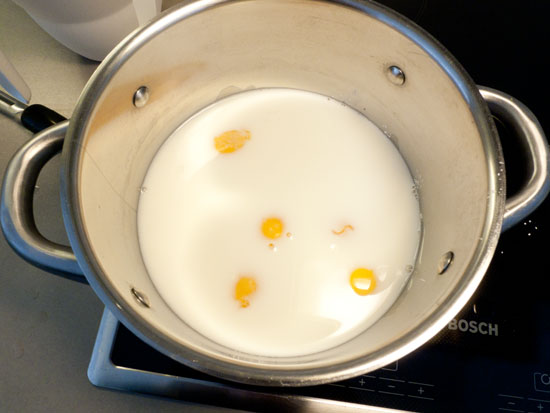 And cook the mixture on the stove top at medium heat while mixing constantly. 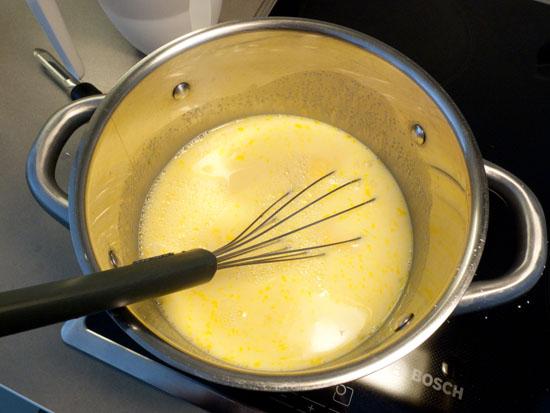 After 15 minutes it will transform itself from a liquid mixture to a much thicker mixture. 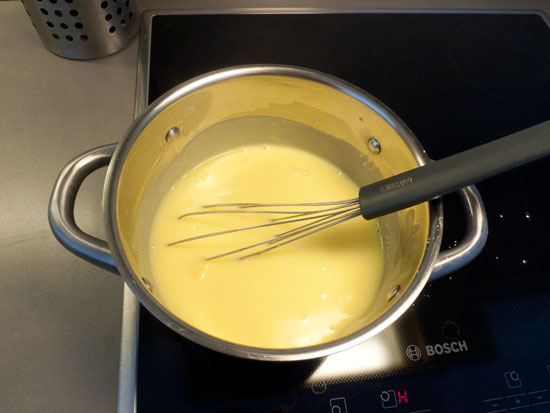 Preheat your oven to 200ºC (390ºF). Remove the lemon peels and place the mixture in each muffin cup, leaving a little space between the top of the pastry and the filling. 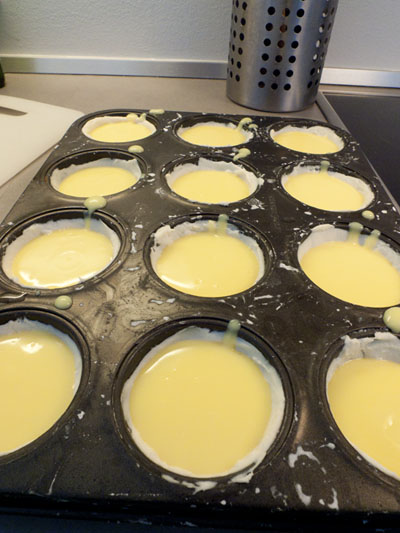 Bake in the oven for 30 minutes. And that’s it! 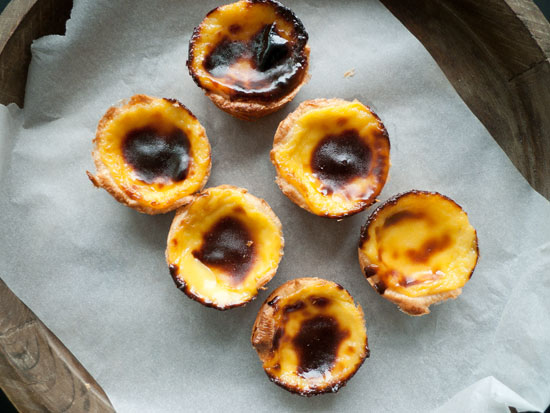 Serve as it is or add a little cinnamon and powdered sugar, accompanied by an espresso if you can. :) 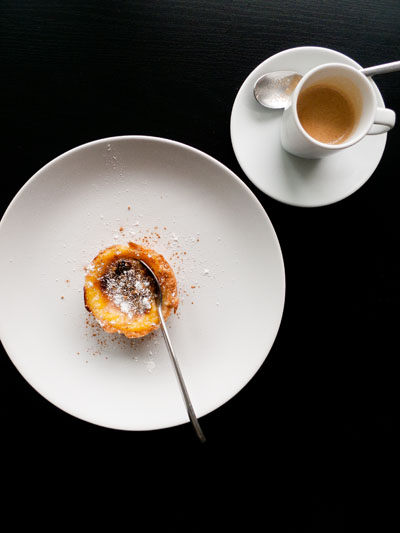