The first time I visited Denmark, I tried their Cinnamon Rolls from some bakery and I have to say that I wasn't impressed. I also tried the store bought ones and although I liked them better, I got the feeling that I hadn't tried the real deal yet. So, when I saw that Aarstiderne had released their recipe on their Facebook page I couldn't resist giving it a try (Aarstiderne supplies organically produced fruit and vegetables door to door). And they turned out great! The dough was soft and the filling was delicious. I wouldn't change a thing in this recipe. 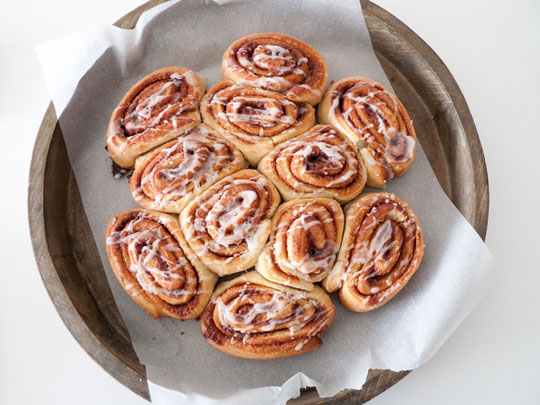 Start by melting the butter and let it cool down a bit. While the butter melts, heat the milk until it’s just lukewarm. Dissolve the yeast in the warmed milk. 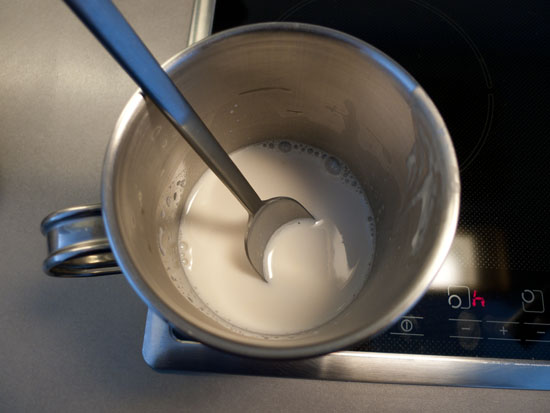 Transfer to a bowl and add the sugar, the egg and the melted butter (in that order). 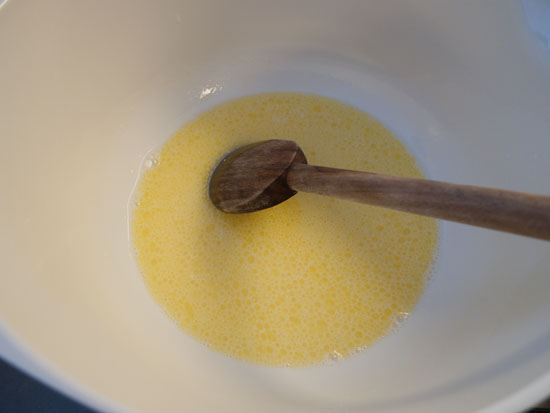 Add the flour and knead until the dough is soft and doesn’t stick to your hands. 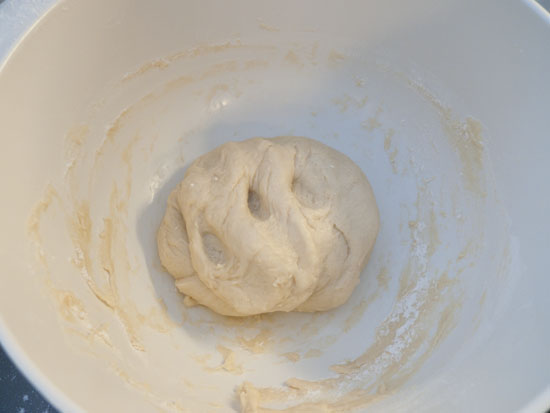 Cover the bowl with a kitchen towel and let the dough rise for about an hour. 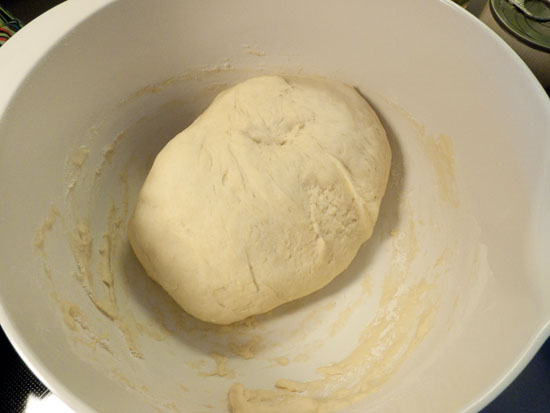 Sprinkle some flour on a clean surface and roll out the dough in a rectangle (1 1/2 cm or 0.6 in thick) with the help of a rolling pin.

Mix all the ingredients. 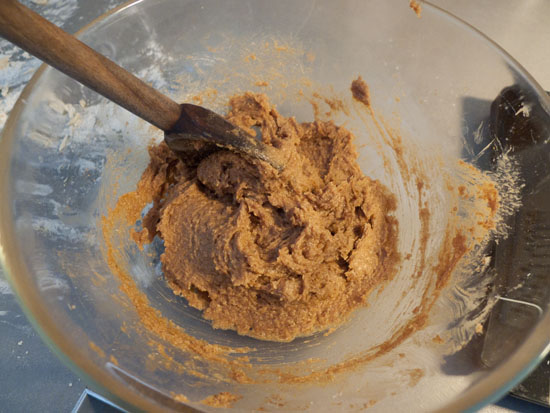 Spread the filling over the dough. 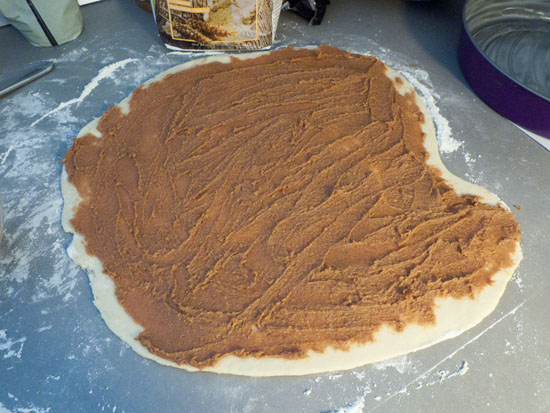 Make a roll with the dough starting from the broader side. 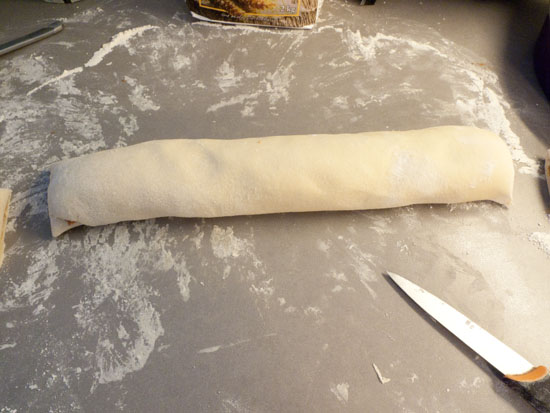 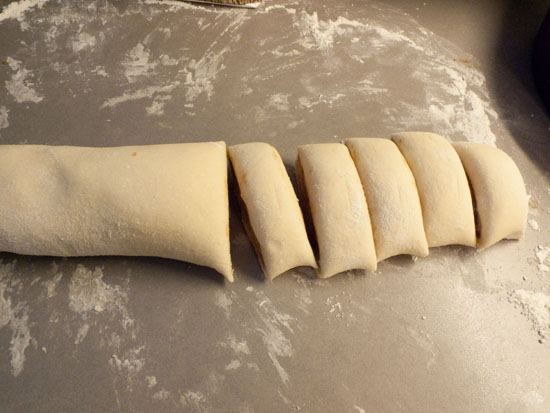 Grease an oven dish and place the rolls in it leaving some space between them. Let the cinnamon rolls rise for 30 minutes. 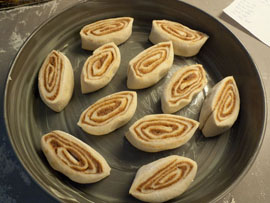 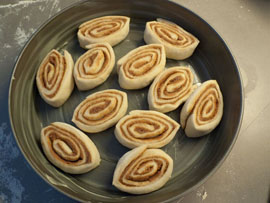 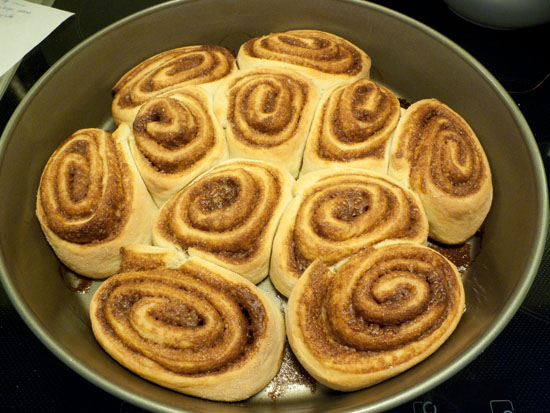 Remove the rolls from the oven after they’re baked and, while they cool down for a bit, mix the sugar with the water. 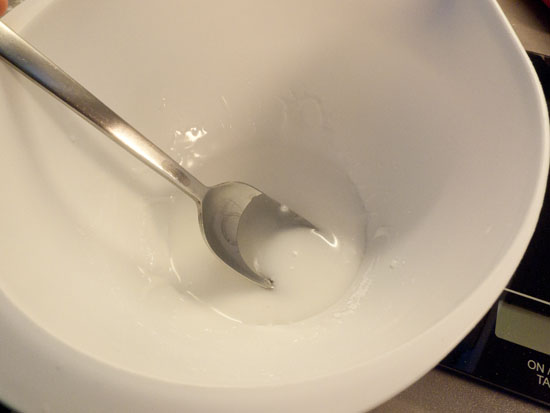 Drizzle the rolls with the dissolved sugar. 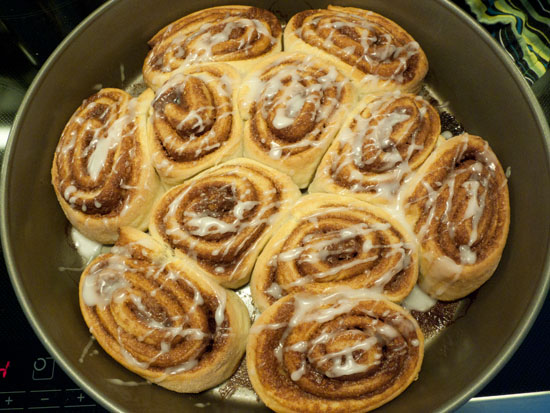 At this point, the smell from the fresh baked pastries will be hard to resist. The cinnamon rolls can be consumed warm or at room temperature. 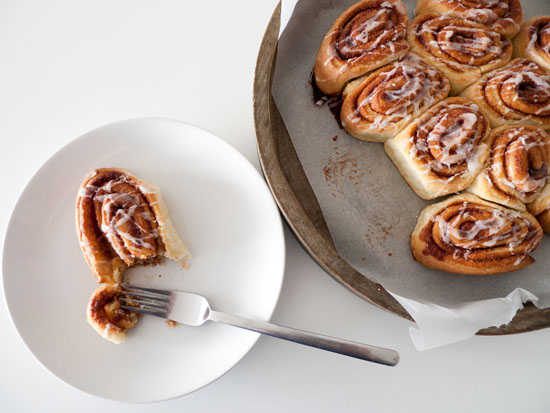